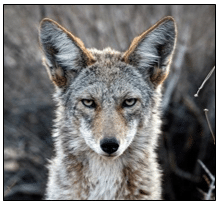 Over the years, I have written about the perils of groupthink. That is, that we must all have the same or similar opinion or be cast out of a particular social or political class and be assigned to the netherworld. I’ve always despised the idea that as a conservative, I must hold to certain principles, dictated by others to be considered conservative. I find the same being an atheist. I will use my limited talent for reason and logic to find my way and not be cowed into accepting what to me is something I determine to be unreasonable and ultimately illogical.

Those same that demand we must all adhere, whatever our political or social stance is, to the same principles tell us that not doing so, fractures the group and ultimately will destroy that which we have fought so hard to engender. Maybe it’s time for that. We see this currently in. our own government where now there are lists being created of those that dare to vote against the preferred dogma. We can’t have nice things anymore. It’s no longer possible to have a view outside the majority, or even attempt to have a dialogue with those we may initially disagree with, in order to learn.

A personal example would be Transgenderism. I lean towards the conservative view of that argument. I’ve read what I can, from both sides, but I cannot come to any definitive conclusion. My conservative view may be completely wrong! But as soon as I raise any questions, I’m immediately attacked from both sides. What I’m looking for are answers to be better able to refine a position, yet it’s clear to me that just asking questions, may mean that I am wither transphobic, or someone that supports the idea of transgenderism. It’s impossible to have a dialogue with anyone on this most sensitive issue.

On both sides, this is groupthink. I know I’m not alone in my stance, which is to try and learn, to understand, but I also know that I am one of the few that will dare to challenge those on either side of not only that issue, but many others as well. People don’t want to be tossed out, relegated to thought extinction, simply because they have questions. What happened to those times, not that long ago when people, in good faith, even in disagreement, could have a conversation about anything, a debate if you will, on a topic of mutual interest?

Instead of attempting to have a reasoned conversation, many resort to the stand-by: ad-hominem attacks( Digression: I can’t recall the number of times I’ve been referred to as a Neandertal. What’s interesting about that attack is the total lack of understanding by those same people about our distant cousins. They were, in fact, very sophisticated, in their way.).

We have an opportunity today that our parents and grandparents never had: communication not just within our own community, but around the world. We should take advantage of the remarkable technology we have today not to minimize those we may disagree with, but use this technology to advance our understanding between ourselves.

Ignoring inconvenient facts does not make us better, but places us in the category of  ignorance. That’s a futile endeavor.

3 thoughts on “Why We Can’t Have Nice Things”