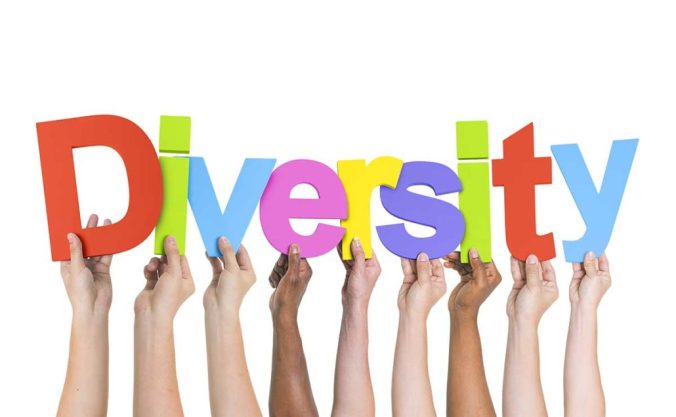 When we discuss diversity, exactly what is it we are talking about? Most people I know, when I ask them what they consider diversity to mean, either can’t answer directly or say that diversity is about making sure that everyone is represented equally. What they are talking about are immutable characteristics: race, ethnicity, gender, sexual orientation. We often see stories about diversity in the (private)workplace, or in academia, and that’s exactly what the stories are about:  numbers. The correct number of  people working based on those same characteristics. Of course any employer should look upon candidates without any prejudice , but should they hire solely based upon race or gender, for example?

Some actually make every attempt to do just that. But when hiring a potential employee, any employer is going to look for the best qualified person regardless of their race or gender. Or they should. It’s also not just about professional qualifications either. Personality actually has a place in the process as well. Will this candidate be able to work with others on the team? Not that the person has to be especially gregarious, just someone that listens to others ideas and work through any differences. Most employers I’ve seen are looking for that as well as ability.

When diversity is considered, however, what else may be important? For instance in the public arena that is known as the Internet, is it appreciated when there are diverse opinions on a topic? Do companies, or colleges and universities, discriminate based on someone’s ideology? Let’s say there is a recent college grad, she has graduated Summa Cum Laude, but in her curriculum vitae (otherwise known as a resume) there is an entry, that she was President of the Campus Republicans.. Should any potential employer use that as a consideration for hiring, other than it portends leadership abilities? The larger question is, does this occur in real life? Anecdotally, we’re informed that, yes, ideology may present a barrier to employment. What if the same applicant were a committed person of faith?

What I’m referring to here is diversity of thought. Is it appropriate to discriminate based on someones political or religious ideology? What about the university applicant, who has published papers that look beyond the mainstream view? What are the considerations when hiring? What about an established academic that does the same? Should an academic be liable to lose their position because they write and speak about uncomfortable subjects and ask questions that give others an opportunity to think about these same topics differently than they have be accustomed to in the past? It’s not as uncommon as we may believe and it is scary to think that we are educating generations now that are unable or unwilling to question the status quo.

Diversity goes beyond the color of someone’s skin, their gender, or sexual orientation; Not allowing other points of view is a death knell not only in academia, but to society as a whole  and today’s environment, especially online, doesn’t encourage independent thought. We have an obligation to defend those ideas we may not agree with, if only to be able to have an open discussion that would assist in determining those ideas worthy of consideration versus those that should be rejected. In refusing to allow open diaglogue, and punishing those we may disagree with, we’ve trapped ourselves, fought our way into a corner, that we may never be able to excise ourselves from in the future. We will have  discouraged those whose ideas may be a benefit to all, out of fear of becoming an outcast.

6 thoughts on “The Diversity Trap”