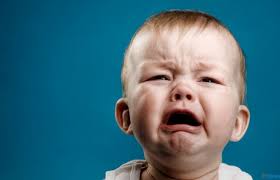 As I was having coffee this morning, I was checking my Twitter feed a saw dozens of tweets/retweets with this headline:

A link to an article in The Hill was attached. When I got around to actually looking at the article, I discovered that what was being tweeted out is a bit misleading.

Here’s the money shot in the article, which is actually the first sentence:

More Democratic electors are joining the call for an intelligence briefing on Russian interference in the presidential election before they cast their votes for president on Dec. 19.

Oh. Democratic electors! So, there’s not some sort of revolt going on within the Electoral College overall, just some electors that are pledge to Hillary Clinton. I wonder what they’ll do if they don’t get the briefing? Not vote for Hillary? Well, you have to read down a little more to discover that it’s not just democrat electors:

Twenty-eight Democrats and one Republican have now signed the letter.

That one Republican? He’s an elector from Texas. What is the purpose of this article? To let us know that democrats are still unhappy with the outcome of the election? That there is something nefarious going on with the election itself?

The Whitehouse, although acknowledging their belief in Russian “interference” or attempted interference with our election, stated there is no actual evidence that any vote fraud occurred.

So let me see if I can put this together in some sort of timeline.

The outcome of the election could never have to do with the quality of the candidate. I mean, come on! Why would anyone vote for Donald Trump over Hillary Clinton? Well, they did and although Trump did not win the overall popular vote, attracted enough voters in crucial states to bring him over the top. That’s all.

One thought on “Democrats: Move On”