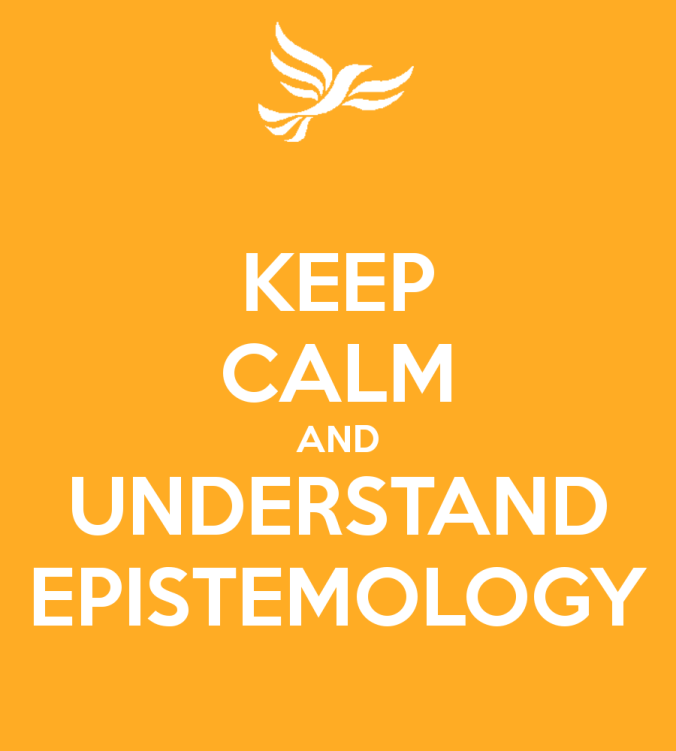 Since I deconverted from the faith the last two years my worldview has shifted from belief to non-belief and from “ideological political and religious bonds” to a more “free thinking mindset”. I knew leaving the Christian community would put me at odds with a lot of the relationships with people I care about, but I never realized how much it would do so. I knew it would be tough, but I hoped to maintain as many of those relationships as possible and to build new ones in the skeptic community. I was naïve on multiple levels. I believed those in the Christian community would bereave my exit from the faith and to reach out to me and I hoped they would want to know some of the reasons why. In the back of my mind I hoped I could have dialogue that would either help me find faith again or at least help others understand my decision better. What I found is that no one wanted to know “why” I changed my belief after all these years.

I met with a few men from my bible study for breakfast one morning to voice some troubling contradictions I had found in the bible (i.e. genealogy of Jesus, different versions of events across gospels that contradict each other and more). I voiced my questions with respect and sincerity I just wanted to know if there were other answers beyond the “typical apologetic” I had learned. They became angry that I even had the audacity to question any of this. Who was I to question “God’s word”? It saddened me they could not understand my dilemma because I had already advised them I was going through a depression that I couldn’t come out of. What I now know looking back is that I wasn’t going through depression, I was going through the deconversion process.
Now it is important to note that these men who I thought cared about me as a human being immediately cut off contact with me because I had questions and hoped to find answers, to find truth. I have heard it said in the past that Christians are ok with you asking questions but after the first one they didn’t want to be asked anymore after the first one. Those who did engage always defaulted to the “take it on faith” and “how am I able to judge God’s decisions”? While this may sound familiar and has been communicated in many deconversion stories I wasn’t prepared for what I found next.
I thought I had found a skeptic community that understood what it meant to “question everything” in the search for truth. While I found this in many cases, I also found the pendulum swing very far to the opposite side of the spectrum on many issues. I felt the dialogues would be easier because of having commonality of rejecting “Christianity and other religions” but found that I would receive some of the same reactions and condemnation I received from Christians from the secular community. While my political beliefs were shifting some they were still conservative at heart and more “centrist or libertarian” if a label must be applied. I also found out from some that my skepticism and dialogue with Christians was not aggressive enough from some. Now many of these conversations were online and I do not proclaim them to represent the skeptic community, but I do believe it represents a problem with our society in general. Just turn on the news for a minute and see the crazy divide in this county a deep divide that is growing worse. But I believe there is hope that can be found in Epistemology “the study of knowledge and justified belief”.
Epistemology does not presuppose any specific ideological belief and can be used in multiple arenas of conversation. I definitely am not an expert on epistemology, but I do understand its concepts and see it’s value in our discourse with each other. With all the social media engines designed to push data to readers it creates even more “confirmation bias” regardless of what political or religious end of the spectrum you land on. I constantly hear people refer to or point to articles or memes from social media that are not grounded in truth or reality. It also creates a heated environment where differing views are immediately demonized from talking points. In politics both parties are guilty of this type of behavior and religions are no different.
When you look at the belief system I came from (Fundamental Christianity) you see Christians declare the “Jews” did not recognize the messiah and “God’s plan of salvation” and Christians are very selective about any of the old testament teachings they want to teach in their churches. Many times, they stick to the psalms and proverbs and avoid the insane Levitical laws and doctrines their religion finds it’s roots in. Or if they do study some of the more difficult books it is generally done with a denominationally approved “study guide” to put the denomination spin on the topic. They also discredit and dismiss the Catholic church faith system even though it predates modern protestant Christendom. The Mormon church and Jehovah’s witnesses are deemed cults by most Christian pastors and that was on display when Mitt Romney ran for office. Could we really have “a Mormon” as president? The same was said of one of our great presidents JFK who was Catholic.
If we start really digging in to how we “know” what we “know” by using epistemological processes and the Socratic method, we just might find our ideological strongholds could be built on shaky foundations. We could also find out that they are based on strong evidence, but we will never know unless we question.
It is up to us to learn more about epistemology, so we can improve our dialogue with family and friends and our communities. While there are several resources one can go to I would like to refer you to Anthony Magnabasco. Anthony is a worldwide promoter and practitioner of Street Epistemology, which is a conversational method for respectfully challenging claims by asking probing questions to uncover the reliability of one’s belief formation process. While I do not know Anthony personally I believe he is one of the best resources to share with you. He has given many talks on the epistemology and you can watch some of his real interactions with others demonstrating “Street Epistemology” at his YouTube channel (magnabosco210) and the website http://www.streetepistemology.com I hope you will consider how this process can help us all find better ways to determine the trustworthiness of our beliefs both political and religious.

4 thoughts on “Epistemology and why it’s needed now more than ever!”