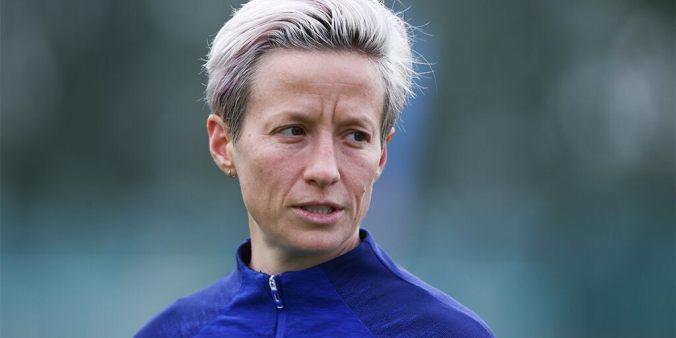 Something I’ve seen in my Twitter feed over the last few days is that Megan Rapinoe, a star with the US Women’s National Team playing in the world cup in France this year, was asked if she would go to the White House. Well, to leave out a little, ahem, language, the answer is no. Well, no one is forcing anyone that has been invited to the White House to attend, and that should be clear to anyone. I guess personally I find it ridiculous that this little video that has been retweeted I don’t know how many times, has become such a big deal. I’ve seen tweets of people referring to her a a brat, or unAmerican, all sorts of things (nothing particularly ugly).  But there’s at least one detail that people seem to have forgotten:

That is, that the team has to win the World Cup in order to receive the invitation, and this year, although I am hoping they will repeat their win from 2015 in Canada, it’s unsure whether or not they can weather the storm of teams approaching, notably on Friday, when the US will play France, in Paris.  So, why people are upset over her statement, those same people should take note that what she says, right now, means nothing. Besides, is everyone in the country going to stop what they’re doing on the day at the White House or are we just going to see a minute or two of the ceremony on television later?

Of course, I’m still cheering for the US to repeat. I don’t care what any of these athletes, from baseball, to football and basketball, and  now soccer, have to say politically.  Don’t like the current President? Don’t show up. No one will miss you and if it weren’t for some in the media making a big deal out of a few players declining the invitation, no one would actually know.

So before everyone continues their faux outrage over something a single player has said, remember that first they have to become champions, and finally, down the road when everyone’s forgotten, they have to be invited.