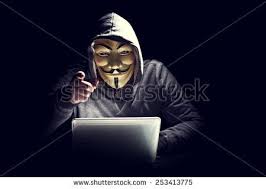 I’ve been reading a lot in the past few days, mostly outrageby the way, of how the Russian government is responsible fo thehacking of the DNC as well as the private emails of John Podesta, among others. It’s bizzare to me that, without any actual proof, I see story after story, and hear various pundits (and reporters!) on TV claim that sources in the CIA have said that the Russian government is responsible.

I guess that’s why President Obama, in the last few days has ordered a review of the evidence? It seems he’s not so sure and maybe those sources have jumped the gun. I’m not saying it isn’t possible, or even probable that this is what occurred. The media has a tendency to run with stories though before all the facts are in.

BREAKING NEWS: Governments hack each other! I don’t understand why this may be surprising to anyone. Even the U.S. does it. The real question I keep seeing in these stories, and more of an accusation than a question is if the hacking of the DNC and others affected the outcome of our recent election.

I keep seeing, especially on Twitter, the deranged claiming the outcome of the election would have been different had this not occurred. These are the same people that are still claiming that Clinton won the popular vote therefore should be President. From that evidence alone then, it doesn’t appear that the Clinton vote ws suppressed in any way. I can’t say that the hacks, especially of the DNC, cause some voters to stay home or maybe even change their vote (I’m thinking about Sanders supporters) because it was obvious with the release of the emails, the DNC was actively working to elect Clinton – during the primary. Of course, before that, Sanders supporters knew the fix was in for Clinton with the Super Delegates. It would be an almost impossible task for him to win the nomination. He gave it a good try and I’m sure it scared the hell out of the DNC and the Clinton campaign that he acquired so many delegates.

The real reason that Clinton lost is that she was a terrible candidate. She took it for granted that states that voted for President Obama TWICE (PA, OH, MI, WI) would automatically vote for her because she was going to continue the policies of our current President.

She, and her campaign, were wrong. Arrogance and a lack of any new ideas lost her the electoral vote overall and those critical states specifically. In that sense, Trump was actually the better candidate. Even though he was told over and over by the media that he couldn’t win those crucial states, that it would be a miracle for him to do so, he refused to give up and actually campaigned in those very states.

You can’t have it both ways, oh deranged ones. YOu can’t say that the email hacking caused Clinton to lose on one hand and claim she actually one the election by 2.7 million votes on the other. That’s schizophrenic.