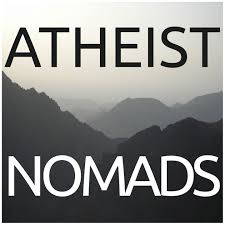 Dear useless ones, if you have nothing to add to the conversation, then please do us all a favor and jusr shut the heck up. You know who you are, those that believe they know best as to what we should all believe, and how we should act. What you don’t get is that most of us, in fact the majoity, don’t give a damn about what you say.

The vast majority of atheists and skeptics pay absolutley no attention to what those believing they are our betters, mesanig they know more than we do, have to say. we don’t give a single damn ablut your politicsl or social stands and don;t care one wat or the other.

You certainly have the right to express youself, but don’t be surprised when you receive a huge amount of negative feedback. And I’m not referring to just one political side or another, but from every corner of the spectrum.

As atheists and sleptics i think we need to have a more positive message. Not that we’re out there to convert anyone, but to  alleviate the negativity that most people have about us. it’s not difficult, it’;s just that we need to make the attempt to show those that  are not atheists thst we, too, are good people.

How hard is that? Do we need to stand up in front of (small) crowds and say “Fuck religion”? Does that in any way make allies of anyone, religious or not? Shouldn’t we, instead be attempting to make some allies, yes even with those thst are belivers, that agree that there should be a clear seperation of church and atate? I thinkk that if anyone takes the tine to look arounf, they’d find those that would agree with that basic, Constituional principle.

As atheists, we can’t depend on others to do that work for us. We beed to be there, not only demanding the separation, but also the free exersise, as our Consitution dictaates. Maybe, just maybe, there could be a happy medium where atheists and believers could come together.

If only we could stop attacking one another.

7 thoughts on “Nothing Positive to Say? Please Sit Down”