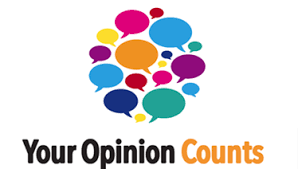 Most of what I do here is provide my readers with my opinion on a subject or various ones depending on what I’m onto at the time. I don’t expect everyone, or anyone, to necessarily agree with me, but hey, it’s my blog and i can say what I want, can’t I? My readers have the same privilege in the comments to disagree with me as they may. i don;t take disagreement personally, in fact, I may actually learn something from someone that doesn’t agree with me.

Some blogs, thankfully few anymore from where I sit, will allow no dissention from the bloggers point of view. Remember those days? Getting the “ban hammer” just because there was a disagreement on something that was no more than that person’s opinion? I’m sure it still happens but it doesn’t, no ever has, made any sense to me.

When I write here I am looking for some sort of feedback whether it’;s positive or negative. I don’t claim to have all the answers to anything and I always look forward to those that deign to comment here. The only time I would ban someone is if they were disrespectful to me or another commenter. Not that they cannot disagree, but it’s the way in which that disagreement is presented. None of us want to see raging toward another person because they happen to have a different point of view.

Those that cannot take reasoned negative feedback are those sites I have long ago abandoned. some that have been around the blogosphere long enough that you may have an idea of whom I am referring . If you don;t – good for you – you’re always welcome here and if you see a link from me to another bloggers site, you can depend on that person being absolutely reasonable as well should you choose to comment on their blog as well.

We need more dialogue. The more the better. Even ideas that many would consider as bad have a place in the public forum. Sometimes, and I’ve actually experienced it here, disagreement provides some enlightenment for everyone.  all of us could use some of that from time to time.

Unlike some others, I absolutely believe in everyone’s freedom of speech, some in the past have made light of this and called it freeze peach, in order to marginalize those that differ.and it’s become  more important as time has gone on, to provide those same the  opportunity to comment as they will without fear of being rejected simply because their opinion is different from mine, or even the majority.

We learn, for good or bad, by listening to those ideas we may reject on their face but on further consideration, may come to agree with over time. I’m not referring to blatant racism or bigotry of any kind, but those ideas we may have never considered as legitimate before. And to say something controversial here, sometimes bigotry is in the eye of the beholder. We often assign that label to people we disagree with without ever considering their argument. Beware of that trap.

The blogosphere has declined a bit over the last few years, mainly because the mainstream media has taken it over and there are few, comparatively, independent voices that any of us can find as refuge from the nonsense we see elsewhere. We have many ways to get our message out and that’s good. I find this method for me is best because I actually have to stop and think about what I’m going to say before I commit it. I hope some of you do as well.

I hope all of you will continue to patronize this site and that you’ll continue to comment on what I write.  It’s really important to know the audience I am speaking to in order to provide what I hope is content that is not only enjoyable, but thought provoking. Thanks for hanging with me.