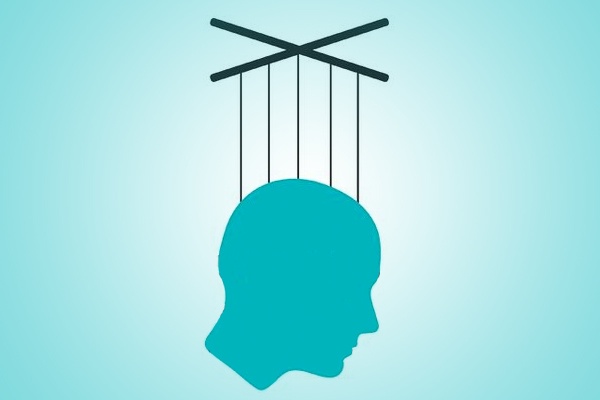 I had a short, but very informative dialogue with someone on Twitter recently. What was being discussed are our actions, whether they were conscious or unconscious. What is it that determines a conscious action on our part versus something that is not accomplished the same way? There seems to be an argument going on within those in the discipline of Psychology as the majority, for years, believe that we humans are triggered by our environment and therefore everything we do, or most, is through an unconscious derminination and that there is no such thing as free will.

Are we humans so programmed that we are without the ability to make decisions based on circumstance? It’s an interesting question and from my part, having absolutely zero expertise in the field, something worth considering. I will admit that I do things sometimes without thinking about it but I would refer to that as habit. For instance, when I get up in the morning, I go into the kitchen, take a multivitamin on my way to turn on the coffee pot. I do this seven days a week. It’s become so automatic for me, that sometimes I will have to ask myself, did i take my multivitamin today? Well yes, after a few seconds I realize that I did. But it’s a habit I’ve formed over a few years to the point where it is an unconscious action for me. Does that mean that everything I do is based upon the same?

At what point are our decisions conscious? That’s the debate going on right now and I find it perturbing that there are many that believe that what we do seems to be based upon what I refer to as programming. Unlike a habit which takes time to form (I’ve read in the past that any habit takes a least a month to form. I have no idea whether that’s true or not.) these decision makers for us are based on other factors, as in our childhood and beyond. Of course I think that my parents influenced me when I was very young, but does that mean that that influence translated into what I believe and do today, decades later?

I don’t think so because I know that there were decisions I made in my youth, as a young adult, that my parents disagreed with at the time. Were any of those decisions deleterious? Some were. But they were made consciously, using my free will  and like anyone else, I learned from the mistakes I made in life.

What about external influences, how do they impact our decision making? I’m thinking specifically about politics and religion. How do either of these affect our daily pattern of thought? It’s clear that there are those that hold positions that other may disagree. What were those influencers for those people? In religion, it is more likely that they were raised in a specific religious belief But then there are those that were raised to believe that have left their particular belief.  Free will? I would say yes, it was a conscious decision at some point in that person’s life. Politics? People change their affiliation all the time. Is that based on their programming or is it a decision made, consciously? /I argue the latter.

Are there unconscious, as I call them programmed, decisions we make?. Yes, I think there are but I don’t believe that even in those there is not an element of free will. We can change our minds on any subject, at any time. We can make good or bad decisions based on our own experience, to our success or detriment.  We all have free will. Whether we exercise  it or not is our choice and not determined by any other than ourselves.

Thanks to Lee Jussim, who I referred to in the introduction, If you’re not following him on Twitter, please do He may  consider me a knucklehead ( it’s probably true), but having someone have another start to consider something can’t be bad. Can it?

One thought on “Are Our Decisions Based on Free Will?”