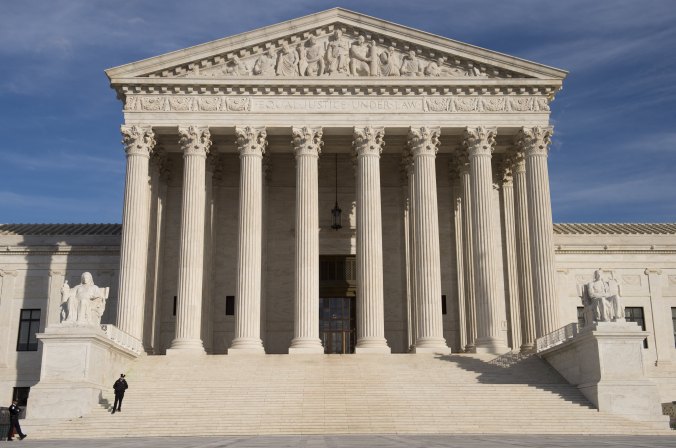 I knew this was going to happen, in fact, I predicted it months ago. American Atheists call the Bladensburg decision a Blow Against Constitutional History and Religious Equality. Of course they do. This is just the beginning of a mass mailing to current and former members (like me) for donations to stop the march to theocracy in the US. Wait. Isn’t the US already 71% Christian? Aren’t Atheists just 3.1% of the population?

Don’t get me wrong, I think all of these organizations do good work at some level but there are times when it just appears to me that all they’re doing is looking for new members or donations. Don’t be fooled. None of these organizations actually care about what you, the individual think. As I wrote earlier, I don’t believe this decision matters much overall. But I can guarantee these organizations will make a huge deal out of it, even though the vote was 7-2, meaning 2 from the liberal side  voted with the conservatives. That should scare them more than the ruling itself.

Remember, none of these organizations have your best interests in mind. I’ve belonged to a few in the past and all they do, once you join, is ask for more money. They never ask what any of their members think about anything and of course, if you’re a robot, which some seem to be, you will just go along with the programming you’re presented with at the time.

No matter your view of religion, and mine is no different than most secularists, remember that not all decisions mean that we’re doomed, as American Atheists, and soon others, will want to make us believe. Think for yourself. In this one decision, read it to understand that it doesn’t mean that crosses are going to be appearing everywhere on public land tomorrow.

Don’t believe the propaganda, from either side of this issue. In this case, it’s a narrow decision about a single monument, deemed historical. That’s all.

One thought on “I Knew It! Atheist Organizations are Going Wild. Ignore them.”