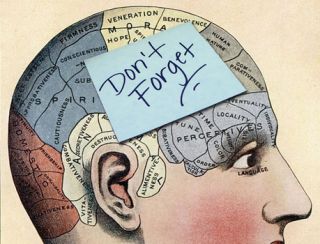 Ever had an event in life that you absolutely recall as happened and others around you tell you that, no that didn’t happen? Or the opposite, that something did happen – to you- and you have no actual memory of the event? I think it’s fairly common although most people I have ever discussed this topic with tell me it’s not. Maybe I think it is because it’s happened to me – both cases. It’s strange to recall an event, traumatic or not that no one who was supposedly there, recalls. I used to think that in one case, maybe the event was so disturbing that I blocked it, somehow, from memory. In the other case, I have perfect recollection of something that I claim to have happened when I was five or six years old, that I have ben told all my life,  did not happen.

How and why do we remember things? Memory, I’ve been told, is something that no one definitively knows how it works. We remember some events, others we don’t. What did you have for dinner Wednesday,  teo weeks ago? Some people may recall, I couldn’t tell you specifically. I know what it may have been, but as I am writing this now, I wouldn;t be sure. Ask me what I had at my rehearsal dinner before I was married? I remember exactly,  or the exact time my child was born. It seems we tend to be able to recall significant events in our lives, but everyday occurrences? Not so much.

So how is it I claim a memory, as clear today as it ever was, of something I’m told didn’t occur? Was it some sort of dream and that dream stayed with me all. my life? That dream was so profound that my mind just stored it, “in color and dolby digital sound” all these years? Why would I have a memory of something that never happened? the other event I referenced happened a few years later. No memory of this . Ever. Only one person (my mother) ever told me this happened. She was certain but I’m not and another person that would have been there, my sister, doesn’t recall it either. It was supposedly significant, to hear. my mother tell it.

I don’t know about anyone else, but there are experiences in life I’d prefer to forget, but can’t seem to make that happen, yet there are those small, niggling memories, that I can’t confirm, that should be gone, yet hang around in my memory. To be sure, I’ve done a little research on this topic and even asked a professional I know (psychologist). None of the research I have done can say exactly how it works. There are some theories, based on research, but it seems to be more dependent on the individual than something that may be concluded for everyone. Even my psychologist friend tells me pretty much the same thing: “We’re not exactly certain”.

Of course, I expect someone to comment on this and tell me that yes, it is well known how memory works. But then the same person(s) will not of course, be able to tell me why I remember an event I’m told never happened, and don’t recall one I’m told did.

One thought on “How Memory Works”