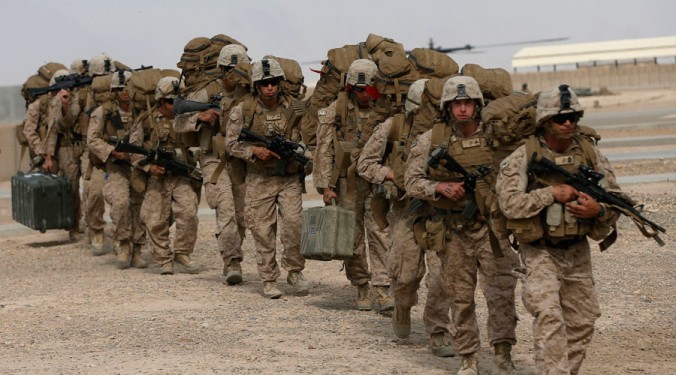 President Trump has decided to remove American troops from Syria. I’ve been watching the news and it seems that there are a lot  in Washington (politicians) that are against his doing so. Why is that? When he deployed troops to Syria intially, it was obstensibly to defeat the Calphate (ISIS).That’s done, mostly, although it’s a question for the ages whether we’ll (that being the West) will ever be able to defeat those whose mission is to cause us harm. What is it with official Washington, and the pundit hangers-on know that the President doesn’t? Nothing. Most likely, less.

But here we are, as usual, those that complained about the president inserting forces into Syria, without specific Congressional approval, are now saying that he should not withdraw American forces. The President faces the same obstructionists when it comes to Afghanistan, where we’ve had troops fighting for 18 years now. Think about that: Afghanistan is American’s longest, ever war. I know people that I served with who have kids that have either served one or more tours there, or are currently serving. Afghanistan has become a multi-generational conflict. Yet, Americans, generally, believe the tripe being spewed by these officials, many of whom have never risked anything, ever, other than having to pick up a check at dinner.

America doesn’t have a responsibility to police the world. In fact, that’s really only a recent affectation based on the conflicts in Afghanistan and Iraq. Sure, our allies, some, supply forces to these areas, but they are dwarfed in comparison to the blood and treasure American has expended over the same period of time. If a country asks for help, then yes, we should supply that assistance, but that should be with the knowledge that our allies are doing the same proportionately.

Ypu’re hearing this from a conservative, by the way. From someone that’s been a witness first hand. Ask any of those neo-cons in Congress what they know about combat operations. Oh, you’ll find some, on both sides of the aisle that have served. Ask them. A different narrative may come out.

This is what I hear: ”If we don’t deal with them over there, we’ll have to deal with them over here”. Seriously, these people believe we’re that dumb. We have a great military and do those same people think that, if it were ever necessary to deploy, within the United States to turn back a terrorist insurgency like we’ve all witnessed in Iraq and Afghanistan, that out military could not defeat that in a minute? Would they even try to raise an army here like they have in those countries (including Syria)? Of course not.

I know some are going to say, but we have to defeat terrorism. We can’t We never will be able to. This is an asymmetric war. We have no idea who our enemy is because they’re not parachuting in, or wading ashore in landing craft, in uniforms. We can only do the best we can to prevent another 9/11 or worse. And we are.

To have the President criticized for bringing troops home is ridiculous. Believe it or not, this is where I stand with Tulsi Gabbard, a representative from Hawaii, and a combat veteran herself. A Democrat. We can’t, and shouldn’t be responsible for all the worlds problems. We can lead, and we should, but we should not be arbitrarily sacrificing our children on the whim of those in Washington that know nothing about what that sacrifice means.

We went to Afghanistan to destroy Al-Queda,and the Taliban that supported them on their attack on America on 9/11/2001. We’ve done a lot of damage to them over these 18 years, but, when we look at them over the long term, we’ll never wipe them out. That’s the plain spoken truth. Iraq was a huge mistake, as that country provided no greater threat to us then than they do today. I lost friends in both countries. I don’t want to have to go to the funerals of their children.

We’e lost the ability to meet a military objective. That actually began in Vietnam where our troops would take a hill, lots of casualties resulting, then when we took the hill, or whatever it was, would then leave, only to let the enemy, a few days later, move back in. That’s been the strategy, at least overall, since that time. But we also cannot occupy the entire world. At some point, a country, any country, that wants to be free, has to stand on it’s own. And then there are battles, like Syria, that will continue for years to come. We cannot dictate that outcome. We shouldn’t try as there are countries in the area, more directly affected, better able to make those determinations. Our leadership should be in providing aid to those countries, not necessarily troops (think Ukraine).

We cant make every country like our own and as we’ve learned on the past two decades, not every country wants to be like us. Their culture and traditions are, insome cases, more than a thousand years older than ours. We’re not going to just walk in there, snap our fingers, and have that change, Why do you think the Russians left Afghanistan after 10 years? Sure, we supported the opposition, even trained them, only for the same to attack us in 2001.

It’s time we reevaluate our foreign policy as to when it would be necessary for us to become directly involved in a conflict somewhere else in the world. In the meantime, let’s start bringing our children home.