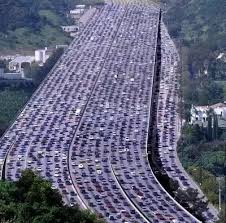 Something I’ve found interesting about some of the reporting about COVID-19 is how at least some of these people discussing it on television seem completely clueless about different parts of the country. Now, for sure, it’s easy to determine that New York City is more populated than, the entire state of Wyoming – even my home state here of Arizona – but when they can’t seem to understand why the number of cases, even in higher areas of population of these states is do low, I just look on with amazement.

Recently, I saw an extended discussion about the contact and death rate in California (over 40 million in population) with New York State (some 19 million). why were these states so different in the number of cases, and even more notably, deaths? No, seriously, this was a discussion on television. I sat back and shook my head. I can’t believe how ignorant these people are, I thought. Of course the broadcast was coming pout of New York, but have none of these people ever been to California? Anywhere West of the Mississippi? It seems pretty simple to me. It has nothing to do with actual population and certainly using social distancing and other mitigation guidelines have probably helped California weather the storm of cases that swamped New York, especially, NYC. Maybe it was earlier implementation of mitigation, as one person seemed to think, that spared California, but that still didn’t seem right.

So what am I seeing that these journalists and pundits are not? It’s the culture, and by that I mean the way people in states outside of New York, move about. In California, it’s car culture. Everyone has a car and although there is public transportation, all you have to do is get on the 405 in the L.A.  area at rush hour to see 8 lanes of traffic (each way!), sometimes at a standstill. In New York City itself, it was reported that over 3 million people ride the subway everyday? Crowded, during certain times of the day and no way to do any sort of social distancing if that’s your primary form of travel. someone as a common cold, sneezes, a few days later,  others that were around that person are coming down with that cold. Sneeze in your car, by yourself, and no one else is going to be affected.

Sure, New York have  a lot of traffic as well, but when almost half your population in the city uses public transportation, how much easier is it going to be to spread COVID-19? So, just look at the states/cities that have a huge investment in public transportation – some of them beyond the Mississippi: Yep, some  hotspots. Anywhere where there are large gatherings of people in a small area (Mardi Gras in New Orleans) is going to spread the virus much more quickly than in areas of less population and not known for huge crowds gathering for events.

Maybe these people on television should look beyond their  nose and make an attempt to understand how different parts of the country operate and what the general culture of some city or region is before coming acriss looking completely ignorant. It is a symptom we’ve seen a. lot by the MSM. they don’t understand the country outside of NYC or Washington, D.C.

2 thoughts on “Maybe Those on TV Should Think, Before They Speak”