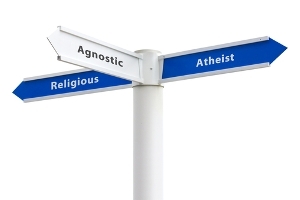 I was watching television the other evening. Of course, a commercial break began I there was an advertisement from a heating and air conditioning business to have the AC unit checked out before the full brunt of summer arrived (in Arizona, you want to know whatever you use, central air or an evaporative cooler) will work through the summer. I took down the number and thought I might give them a call. The price they stated appeared reasonable ($50). A while later, during the same program, at another commercial break, there was another advertisement from a different company – an obvious Christian company based on the elaborate design I could see on their vans. The cost for the service I mentioned was the same.

The next day, I called both of them. The first company told me yes, the price was $50 but that if there were any parts needing replacement, that would be extra. That’s not unexpected. The other company, the Christian one told me the same. Who would I go with? I personally don’t care about the belief, if any, of anyone I do business with; What I’m concerned about is price, schedule, and really important? Being on time. I have to think, since both companies hare licensed and bonded in the state, they they are both competent to do the contracted service. I ended going with the first company based on scheduling: They could be there the next day. the other company, was unable to schedule me until the end of the week.

Of course that told me something as well, the second company (Christian oriented) was business. I wondered why? I went online to the Better Business Bureau to check both out thinking that the second company was rated higher. They were both rated exactly the same. so why is the one company apparently busier than the other? Could it be the first company had more trucks/employees than the other? Could be but I decided to do a private poll amongst a few friends find out if there might be another reason.

Of course, it’s not scientific but the outcome was a little surprising. Three of the five I asked, being everything was equal between the two companies, would go with the Christian based company.  The “Why” was not surprising: Christian companies are more trustworthy than non-Christian. Three friends believe that a Christian based business would not be inclined to overcharge or otherwise “rip-off” their customers. Now, I have no idea about the belief system, if any, of the company I went with for my service, it’s just that the one that wore their belief on their vans and uniforms, appeared to some to be more trustworthy than a company – who may be religious as well – that didn’t.

More often than not, in polls, people tend to trust religious groups more and of course atheists, although having a bit of a rebound in recent years, not as much. But to have a few people I know say they would think it’s less likely for an. overtly Christian company to be more honest than one that is not, is something that was unexpected for me. Why would anyone believe a Christian is more honest? How many “Christians” are in prison versus other religions and atheists? The numbers aren’t that different than the general population. So, being human seems to be more of a common denominator than any religious affiliation.

I personally don’t care and if the service company that I had chosen was the “Christian” one, as long as they showed up on time and performed the contracted work, why would I care? Would I call a company if they were overtly Atheist? Well, as an atheist of course I would but when I asked the same group that question? Five out of five said “no”. They would prefer to not be known associating with known atheist businesses. Scary. All of these know me as an atheist and I have done business with two of them. Of course, my business isn’t “Jim’s Atheist…”, and my vehicle has no stickers or anything else on it to describe me as anything, atheist or not.

I won’t take a contract that I’m unsure if I can perform as wanted. Last year, I needed some work done on my house, something I could probably do myself, but decided to get a bid anyway. I asked a friend, a licensed contractor if he would do the maintenance. Well, he told me, he didn’t do that type of work but knew someone that might. The person came by and said what I didn’t want to hear: He could probably do the repair. Needless to say, I went another way. So to me, honesty is a huge part of not only how I run my own business, but who I pay to do work for me. That’s a lot more important than someone’s religion or non-religion.

So what do atheist businesses do to not only stay in business but grow it as well? We can network together and as possible do businesses with one another as well as pass along leads that may help each other. There’s not going to be a time, in the near future when anyone will be able to place the atheist symbol on their car or van and grow their business. It’s just not there right now. Why people would trust an overtly Christian business over any one else is also a curiosity when it seems clear to me that it’s the reason they advertise that way: They need us to believe they are more honest when in fact, they may be no more honest than anyone else.

2 thoughts on “Would You do Business With an Atheist Company?”