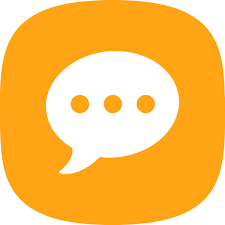 Yes, sometimes here I receive comments on posts. On occasion, I receive one that I want to respond to within a post. I know I could ignore it or even delete it (if it were abusive) but there are some that I believe need a more exposure than it may normally receive here. All comments are public, so by copying the comment here, is not any kind of ethical violation. Sometimes, I think when I receive one like the one below, it’s from someone just trolling me, not serious at all. I’ll leave it to you though to decide. Whether you are a believer or not, this might bring a smile to your face.

This recent comment is from a post I wrote more than a year and a half ago. I had to go back a reread the post to make sure I knew what the person below was responding to. It’s not rare that people search my archive, it is however that they comment on a post  from so long ago. It’s okay, I guess, because something I wrote spurred a reaction. Here’s the unedited comment:

I personally don’t think that God gives two shots about grammar or typo errors neither do I think the athiert do. This is America built under ONE. NATION, UNDER GOD, OUR MONEY SAYS IN GOD WE TRUST! IF YOUR BELIEF IS IN SOMTHING OTHER THAN GOD I FEEL THAT YOU ARE NOT WORTHY OF BEING HERE OR EVEN GETTING TO PLEDG TO ALEGENCE. HOW DISREPECTFUL TO OUR BELIEVE AND ALL THAT OUR NATIONS WERE BUILT ON BE unrecognized by the people who come here.believe what you want.but don’t expect any of us who know better to treat you with liberty and justice I don’t believe that anyone would not want a savior and laws of God to rule naton,it’s a shame to see that all these religions have taken over our nation’s turns corrupt wicked the demise of our fallen nation’s all because of removing God from our lives without God you are nothing. I wonder sometimes of Wich human race you came to be.we are all brothers and sisters but under one God the king of kings good Lord people put down the Steven kimg books and open up the Bible read some thruth let the holy spirit protect you from wicked fleshly things that only make satin more powerful . Glory to God not to man.thats why this world is so ugly.you need God.or ur just a lost soul walking the earth only to please urself
How can you ever be an asset to our community.?????? Amazed at the way some poeple lack faith. How scary for you all

I’m not certain what the point of the comment is, other than to rant at atheists. It seems to be the common theme and it indicates an ignorance concerning atheists and atheism. It’s always a bit humorous to me for theists to bring up “In God We Trust” because they simply do not know the history of that motto. The United States went from the Declaration of Independence (1776) until 1954 without ever having those words emblazoned, by law, anywhere. So I wonder how we may be “disrespectful” to someone’s belief when there wasn’t a motto before. and, I like to argue, which god is being trusted here? Of course Christians will tell us it’s theirs but the words themselves don’t specify. Also, to state they a believer “knows better”, is just ridiculous. Sorry, but what you think you know is only a belief, faith that what you’ve been taught is the truth. How do they know that the  Egyptian, Greek, Roman, or Norse pantheons aren’t true? How do they know that Christianity is the “true religion”, over Judaism, Islam, or Hinduism? Again, they can say whatever they want, but when billions of others do not accept their “truth”, then someone might want to stop and think before speaking.

After some more gibberish, this commenter wonders how atheists can be assets to their community. It’s clear from these kinds of statements that this person knows nothing about atheism and probably doesn’t know an atheist. Simply because a person doesn’t believe in some sort of supernatural being does not make them less a person.  This commenter is probably unaware that just in the U.S., there are more than ten million people who say they are atheist. There’s a chance this person may actually have a friend or colleague that is an atheist and is unaware.

I mainly see responses like this on Twitter. When they are directed at me, I usually (not always) ignore them because it just appears to me someone that is either seeking attention or some sort of validation, or just wanting to argue about a topic (atheism) they clearly know nothing about. I’m not an evangelist for atheism but I would like more people to understand that with that single exception, we are no different than they are.

One thought on “Sometimes, I Receive Comments…”