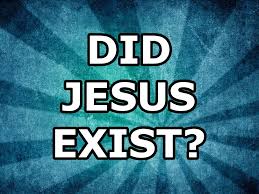 As many who come here regularly know, I lean towards being a mythicist as to whether there ever was a real person names Jesus. I know I’m in a distinct minority, but the more reading I do, the more I look at the New Testament, none of it actually adds up to there being a real person that went by the name of Jesus.

So how did Christianity start then without it’s patron? There are a lot of books out there that are available that discuss just that and at least for me, they make compelling arguments against the existence of Jesus.

Why is it that there is not a single contemprary reference to him outside of the bible? Not one. Lots of other religions were documented in the first and second century, but for some reason, this one was never noticed, by anyone.

Most scholars refer to the writings of Paul for proof  but Paul never met Jesus. In fact, reading any of the thirteen epistles credited to Paul, ever mentions anything about Jesus’ life.  Paul didn’t even know who the disciples were, outside of Peter, James, and John – leaders of the Jerusalem church – and never refers them as disciples. In fact, a careful reading will tell us that Paul actually wanted nothing to do with them.

What happened to the disciples? No one knows and it’s intereting tht some of their names do not appear until centuries later, when there were churches dedicated to the teachings of Thomas, and sometime in the 5th or 6th century is where there were all sorts of Gospels discovered that celebrated Chistianity differently.

Most atheists I know don’t care one way or the other if Jesus actually existed. That’s fine, as for me this is more of an intellectual pursuit than anything else. There are numerous books that have been written by authors like Fitzgerald, Price, Carrier, Doherty, and several others that are worth the time exploring. Within many of these not only is the bible tested, but there’s a lot of history, external to the bible that help make the case.

3 thoughts on “No Proof of Jesus?”