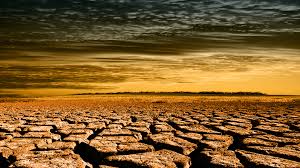 I recently read a post over at Atheist Revolution concerning what liberal atheists thought about we conservative atheists. Suffice to say I was not surprised.  It’s clear to me that most liberals cannot come to grasp the thought of someone being an atheist and a conservative, as if that were some sort of dichotomy. None can really even describe what a conservative is, beyond the bible-thumping evangelical type so they just don’t believe a conservative can be a non-believer.

The reason is that none of these understand what being a conservative actually means. It actually has nothing to do with being a believer, but then most people living today know nothing else about the conservative movement because it was essentially hijacked by evangelicals around 1980. Every conservative politician since then has basically had to kiss-up to these people if they wanted to be elected to office. It really doomed conservatism in my mind.

The difference between liberals and conservatives is that the former believes that government is the solution to all of societies problems. The later, believes in individual self-determination and that the government is not responsible for the individual, but to the individual. I know there will be some reading this that think that what I’m saying is that government has no place, but no, that’s not what I’m saying. Government should be their to facilitate, not hinder, our hopes and dreams. Of course we need laws and to an extent, regulations, to ensure health and safety in the workplace and of products we consume. We have a national military to protect us from foreign incursions.

A true conservative believes in civil rights for all. I won’t pretend to speak for any other conservative atheist here but when the Supreme Court affirmed same-sex marriage, I was relieved. I woke up the next morning, and unlike those evangelical “conservatives” found that the world had not ended. I went to work, came home to family, my life didn’t change at all.  It’s just a shame that this had to be  done through the courts. which allowed our elected officials (left and right) to not have to actually have to do  anything about it.

Am I for same-sex marriage? No. Neither am I against it. My position is that it’s a meaningless issue propagated by social (read: evangelical) conservatives  that only desire that the world we all inhabit together live by the rules they decide are best for us all.  Sorry, but I won;t live by rules fabricted by bronze-age sheep hearders.

What I believe, as a conservative,  is that life is not about the outcome, but the opportunity every person should have to determine their own outcome. Try, fail, try again. We don’t need government to determine outcomes, pick winners and losers based on any demographic. Allow people to plot their own destiny, to determine what is best for them. That’s what conservatism is all about.

The last, true conservative, in my mind was Barry Goldwater, a Senator from my state of Arizona who is quoted thus:

Mark my word, if and when these preachers get control of the [Republican] party, and they’re sure trying to do so, it’s going to be a terrible damn problem. Frankly, these people frighten me. Politics and governing demand compromise. But these Christians believe they are acting in the name of God, so they can’t and won’t compromise. I know, I’ve tried to deal with them.”

Truer words have never spoken. And as we all know now, he wasn’t wrong. What the Republicans, so-called conservatives consist of now are people that pander to  this bigoted community. The warning fell on deaf ears. Unfortunately. Some of us though have not given up and do what we are able to do to spike the influnce of evangelicals. We have a long way to go. We may never get there but it doesn’t stop our effort.

I can understand why so many are skeptical about there being conservative atheists based on what they read or hear about conservatives in general. But those people, calling themselves conservative, really aren’t. The difference now between conservative and liberal politicians is razor-thin,  and none of us should blindly trust any, from either side.

8 thoughts on “The Conservative Atheist Wasteland”