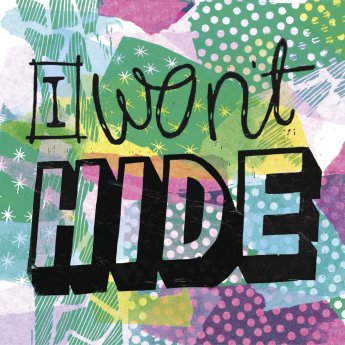 I’ve decided to come. out, Yes, it’s time I let my readers here know exactly who I am. I’ve fought these feelings for most of my life but I’ve come to the conclusion at this point in my life I can no longer try to appear to be someone I am not. In fact, most people I know already suspect, they’ve just never had the nerve to confront me. I thought I had kept all of this well hidden,; maybe there was a slip of the tongue, or laughing at what may have been an inappropriate joke that gave others a clue, so its without any trepidation that now, everyone will know what some have long thought.

Yes, I’m a racist, bigot, and a misogynist.  I can’t recall a time when I haven’t held those feelings and I know where it began. No, I wasn’t raised that way, and yes, I’ve been friends will all races, creeds, colors, and people of different sexual orientation. Or so they thought when in fact I couldn’t stand any of these people.  Of course you’ve already guessed the origin, haven’t you?  Yes, it is at I’m a conservative.

Anyone with even a modicum of intelligence knows that conservatives, by their very nature, are racists and bigots. It’s even worse of you’re a privileged, white man, as I am. I’ve become the most despised demographic on the planet, and with good cause. I’ve had everything handed to me and what wasn’t, I walked over the bodies of those less than me, to get what I desired. All of we white males, especially the older ones like I am, who’ve  not had the benefit of a liberal education, are especially suspect.

I never had the opportunity, when I was younger to become – what’s the word used today? – woke,  and try to reeducate  myself that everything I thought I knew, or believed was wrong because of conservatism.  I don’t know that given the chance that I would have and I way to far along in life to become someone I just can’t become.

I do now realize though that’s it has been my conservatism all along that has formed these beliefs and feelings about others that don’t look, sound, or act like me. I won’t be ashamed of who I am, or apologize for the same.  Maybe if I’d just had that chance during college to understand that everything I am is essentially evil, I may have lead a different life. I didn’t.

I hope more of we that are conservatives will have the fortitude to confess what those that are more enlightened already know. It’s a burden that’s hard to carry and by writing this, I am released from that terrible weight everyone else knows that I have been shouldering.

There may be someone out there reading this, thinking about being a conservative and no, I would never dissuade anyone from being who they really are, but this tale is cautionary for just those. They cannot live a fulfilled life, and they will have few friends, always having to be on guard about their true intent and always under the glass of the enlightened ones.

5 thoughts on “No Sense in Hiding Anymore”