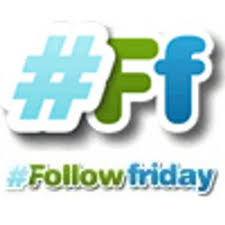 I’ve been thinking for a while about how we, as atheists interact on social media, mostly Twitter. There are some really great, exceptionally intelligent people out there that, to be honest, I find by accident. By that I mean I see them in a conversation of someone I currently follow. I look at their profile, and a sample of their tweets as well, and then decide whether I want to follow that person or not.

I do that for everyone, not just atheists. I think it’s a good idea to check out, as best I can, those I end up following. Maybe they’re not who they say they are, or maybe I would consider their tweets toxic and not something I want to be marginally associated with, ever.

When I starteed on Twitter, originally in 2011 ( I deactivated for about 1.5 years), I was interested in finding fellow atheists. I found a few. As I learned about the platform, I also noticed that some of those sme people that I followed initially would on Fridays, do an #FF which I discovered meant “Follow Friday”.  These were recommendations of  atheists to follow. So, I would look at them, and follow those I thought I had more in common with than some others.

It’s great, especially for someone like me that was new to Twitter because eventually, I too was added to some #FF lists. Over time, it helped to increase my following and after I started this blog a year later, was instrumental in attracting readers. At that time, I don’t think there was the competition for followers as their seems to be now. Before I deactivated in 2015 (I was tired of the atheist drama), I think I had around 600 followers. Not bad, and I never really thought about it much. I was never one of those people that would tweet, like we see today, “Help XXX get to 1,000!”

Yes that happened then, but I didn’t see it that much. Today, I see tweets like that more than once per week. For me it was never the number of followers but the quality of the same. By that I mean interesting people that I would enjoy interacting with when I could. Discussing, yes even debating, topics of interest to all parties involved was common. I’m not referring to something in the paleolithic era, but just 3-4 years ago; Rarely seen nowadays.

I’m looking to be able to follow more atheists that are willing to interact. I always enjoy those I am able to have a “conversation” with on Twitter and I hope I provide the same to them. I’ve followed a few in the recent past that would never deign respond to me. I don’t expect everyone i follow to follow me back, but hey, how about a response, occasionally.  I’m not referring to those, like Dawkins or Harris (I don’t follow them) because I’m fairly certain that unless I write something profound, I’ll never hear back from them. I’m referring to us, just we plebeian atheists that are looking to find the same fellow travellers wanting to talk about those topics that are of interest to us.

I’m fairly certain we have a lot to discuss and unlike in the recent past, we can do it without all of the drama some would inject.

So, as best I am able, I’m going to start the #FF on my own. I did this today with a few. I’ll do it again next Friday. As I discover people on Twitter, and think they are someone not only I want to follow, but others may as well, I’ll include them in my #FF. I think that everyone reading this, atheists, should start the same. It doesn’t take a great deal of time, and the list doesn’t have to be long, but I think we can start discovering each other if we all take a few minutes a week to let others know that there may be people out there, atheists, deserving of a follow.

Some of these may be creators:  bloggers, videographers, etc. We’d be helping them. Some may be new to atheism just wanting to find others of like mind. Then there are those, around for a while, that have been left out in the cold because no one knows who they are and are looking, like the rest of us, for a conversation. How bad is it to welcome newbies as well as those that may feel unappreciated?

Let’s bring this old tradition back.

4 thoughts on “Atheists: Should We Bring Back #FF?”