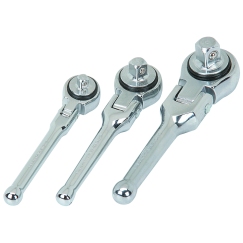 Is it okay to say that there’s nothing wrong with being an atheist? I know that may sound silly to my readers but I’m exhausted reading stories, and even on social media that there must be something wrong with us that we “deny God”. I’m not an atheist that condemns religious belief; In fact, I support religious freedom 100%, but that also includes those of us that are non-believers.

I think that one reason we atheists are so disrespected, and devalued in society is that, although we respect others right to believe in what they want, we don’t respect the belief. I think that’s okay because it’s a stand I’ve taken for decades. Why should I be required to respect a belief that I think is false?

Over the decades, I’ve known plenty of believers that I considered good people. Just because they happen to ascribe to a religious belief I don’t find valid does not make them less a caring, loving person. When we all look around, who are most of those that you interact with one a daily basis? Believers.  Of course we’ve all found some that are intolerant of our non-belief, but, at least in my experience , most are not.

I can criticize their belief. no matter the religion, as much as they do the same to my atheism. What I don’t think we’ve done as atheists is explain who we are.  We’re seen more as attack dogs against religion than anything else. I’m not suggesting we become accommodationist, just that we accept is here, has been here from the birth of humankind, and that long after any of the current religions, die off, there will most likely be something to take their place.

So what is it I’m saying here? Maybe we need to ratchet down the rhetoric and focus more on what we can do to, legislatively to lessen the influence of religion in our lives. Insulting people because we happen to disregard their belief isn’t helpful.