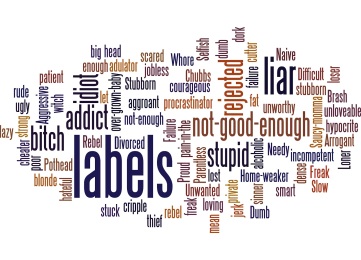 I don’t recall exactly when I became an atheist. It isn’t like there was some sort of sudden revelation or anything, and when I did come to that conclusion, there was nothing special about it for me. I never referred to myself as an atheist, at least not initially. If anything, when asked, I would just refer to myself as a non-believer, or sometimes, as someone who was skeptical concerning the existence of gods. I think it wasn’t until I was online, not that many years ago, that I finally called myself an atheist.

I wasn’t  ashamed of being an atheist, nor was I afraid to let others know if asked about being a non-believer; I just don’t care much for labels. What does being an atheist say about a person other than non-belief in gods? Well, nothing at all. Being an atheist doesn’t make anyone  rational, and it certainly doesn’t define anyone as a skeptic, with one exception. Making any assumptions about someone because they are, or claim to be, an atheist, is a waste of time and energy.

I see a lot of people online, atheists, that appear to think that because another they may be having some dialogue with, that doesn’t think the way they do, is somehow a disappointment, I don’t see it that way. I think where we fail, not just as atheists, but as people, are making those assumptions about someone based upon nothing more than a label.

We are often influenced by our own bias whether it is political or social. Those prejudices, which we all have in some way or another, shouldn’t color anyone’s opinion concerning whether a person is an atheist or not, and we should all be loathe to condemn, or label someone based on their thoughts and opinions because we may not agree. We often find bigotry where it may not exist. It’s an easy epithet to toss at someone with whom we disagree.

If you’re a regular reader here, you know that some atheists say I cannot be an atheist, simply because I’m a conservative because, to them, conservatism is the very definition of bigotry. I’ve had conservatives tell me the opposite: being an atheist means I surely am not a conservative. This is a good, maybe not perfect, example of deciding who a person is based simply on a label.

We need to refrain from categorizing others based on a word or two. Unless we can read someone’s mind, therefore their intention, we have no way of knowing anything about another person beyond what they say.

One thought on “Labels Mean Nothing”