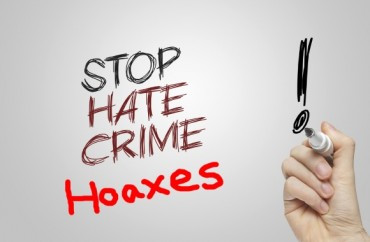 I’ve not commented on the Jussie Smo;;ett incident, just as I didn’t with the Coveninton Catholic School initial initial video: we have to wait for the actual evidence of whether something occurs or not to form any sort of opinion. We should, as skeptics, never rush to judgement on anything presented to us a news because as we all know, sometimes what’s initially reported to us as fact, turns out not to be that way at all. But over the weeks, this has become a story that seems to eat up time on television, as well as other news outlets as the initial story unwinds.

When I first read of the incident with Mr. Smollett, I have to say I was disturbed of the attack. As I read the initial details, though, I have to say, I was skeptical. But I  held my tongue, even though there were sources leaking to the press. Just recently, the Police Superintendent  came out with a statement indicating that these sources were “uninformed”. Okay. I liked that. Let’s put all the speculation aside and wait on the official statement from the police. As of this writing, as far as I can determine, there isn’t one, but I would think that there will have to be sooner rather than later.

Things change in a week and all of those that decried the attack are not backpedaling, from calling it a modern day lynching to a wait-and-see attitude. what this tells me is that a lot of people are willing to believe a story if framed the right way. “Orange Man Bad” as  journalist Ashe Schow often writes, is a reason for people to generally point to Trump supporters as agents of bigotry and hate. But we have short memories and in the last two years there have been a plethora of hate crime hoaxes  perpetrated upon the public. Here’s a brief list.

It appears that the most accurate reporting on the Smollett case, as far as can be determined, has come from local reporting. Everything we see on television from the national level has been  rife with accusations of racism and homophobia, neither of which have been substantiated. A gay, black man claims he was assaulted, he must be believed even though there’s no evidence to that end. At all. But we don’t know the end of this story yet, and not cheer one way or the other.

If, this story proves to be a hoax, what should happen to Mr. Smollett? Think of all the time and resources the Chicago PD have placed into this: I’ve heard that at least a dozen “Senior Detectives” have been investigating. Not to mention the FBI has been involved because just a week before, a letter was received with a “white powder” inside, that was suspected to be a biological attack on him, The powder turned out to be asprin. It didn’t receive much, if any, coverage. Interesting that the “attack” came a week later.

It seems to be important for some to perpetuate a story that fits neatly into their personal narrative, but at what cost? It only further divides an already divided country and gives sustenance to those that believe that racism and homophobia are endemic in our society. Hint: it’s not. I’m not saying it doesn’t exist, just not to the degree some would like all of us to believe.

I think that hoaxers should have to pay a price. I’m not necessarily advocating prison, but I don’t discount it either. It should be a felony though, with or without jail time and the hoaxer should have to repay to law enforcement the cost of the investigation, at minimum.  A large fine would be appropriate as well. I think that this would discourage a lot of hoaxers, knowing that if they’re caught in the lie, they won’t get away with just a slap on the wrist.

Whatever the outcome of the Smollett case, there should be a prosecution. If there were attackers, I hope they’re found as quickly as possible and incarcerated. If it’s determined that there was no attack, then yes, Mr. Smollett should have to a a price as well.

2 thoughts on “Perpetrating a Hoax”