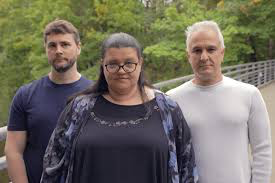 We’ve lost the ability to have a meaningful dialogue amongst ourselves, notably those of us that have different views politically as well as socially. We are so divided that we refuse to entertain any idea that might fall outside our belief system. It hasn’t always been that way. There was actually a time, not that distant, where well intentioned people could have a conversation on any topic, even when they disagreed and that discussion wouldn’t devolve into name calling and screaming at one another. Just because someone disagrees doesn’t necessarily mean they’re wrong. Different people can look at the same information and come to different conclusions about that information. We’ve become tribal, and those that are not in our tribe are our enemies.

I watched a podcast recently, the host was Glenn Beck (yes, that Glenn Beck) and his guests were James Lindsay and Peter Boghossian.  I was surprised to find out about this conversation, which lasts for about an hour-and-a-half. I’m not a fan of Beck, although I used to be. Then there came a point in time, when he was on Fox, that I thought he had just completely lost his mind. Fox ended his tenure after two years, I believe,  because he just became so far out there, he was actually losing audience, that audience mainly being conservative. He became more of a televangelist than commenting on the political/social issues of the day.

I don’t know, because I don’t even listen to Beck’s radio program. If he’s changed over time (we’re all allowed to do that, aren’t we?) or if he’s just pandering to the left, I thought either way that just having James and Peter on would be worth the time. I was mildly surprised and the discussion was poignant and important for conservatives and liberals.

The discussion, overall, concerned diversity of thought. Most on the left (far-left) consider diversity to only have application to race, ethnicity, gender, sexual orientation, and gender identity. What they refuse to accept is that there may be those that have different beliefs beyond those and that, especially in academia, that diversity of thought is not ever explored. This is a problem in academia in that what is being produced is a generation of people that have been taught to think in only one way. No critical thinking about any issue required. Both Peter and James said this was the problem that needed addressing, immediately.

I agree, and it’s becoming a crisis in higher education that if a student has an opinion that doesn’t align perfectly with that of the faculty member, then they have no chance in succeeding in college. Voices of opposition to the accepted  narrative concerning anything, are not allowed, or, at a minimum, discouraged.  Parents, as Beck mentioned, have to wonder whether or not sending their children to college will be a benefit overall. The answer, today? No. Then those same students have little prospect in the world of their future. But I disagree. Although succeeding in academics is fine, there are other professions these same potential students may pursue that would be equally beneficial.

Going to a technical or trade school may not seem the same, but have you paid for a plumber lately? Yes, those people, once they’ve received a certificate from a trade school, earn decent money. After they complete an apprenticeship, even more than some first year law graduates. So no, we don’t need four-year schools to indoctrinate our children and in fact, if more parents looked at the obvious options, over time, maybe the four-year schools would come to understand that they’re not needed. Why? Enrollment would be down. How can you pay for all of those “diversity officers” and “deans of diversity”, if there’s no money to pay them? Take it from the football program? Good luck.

I wish they would’ve delved into the other options for education, but that wasn’t the purpose of the podcast.  The purpose was to dicuss why we can’t seem to talk to one another anymore, and academia is just one of the problems that presents itself. We’ve come to a point in history where everything about our lives, for some at least, is identity based. It is a postmodern  point of view where we are defined by just that: identity. If you’re a certain race or a certain gender, you are oppressed by another race or. gender (you see what I’m saying here, right?). All of society today, if defined by a segment of the same society is outcome based, instead of opportunity based.  It’s no longer enough that we all have the same opportunities, but there must be an equal outcome.

That flies in the face of everything many of us grew up to believe. It discounts the struggle of the civil rights era. It says, no matter who you are, or how you identify, no matter your education or skills level, your social outcome should be the same as anyone else. Where else has that worked?

Instead of screaming at one another, what if we sat around a table, as in that podcast, or our living rooms, and had honest dialogue (not debate) and considered everyone’s thoughts equally?  Is it possible tht we, the people, may come up with solutions to out problems without taking a hard stand either left or right? I think it’s possible and if James and Peter were willing to sit with Glenn Beck for over an hour, why can’t everyone else? Just because we disagree with a certain ideology doesn’t mean we can’t sit down and talk with them.

We have to do something different and that’s why I recommend that podcast to everyone (H/T to my friend @hollymathnerd for the original link). It’s time we at least make the attempt to speak reasonably with each other. In all honesty, we really have no other choice at this time.