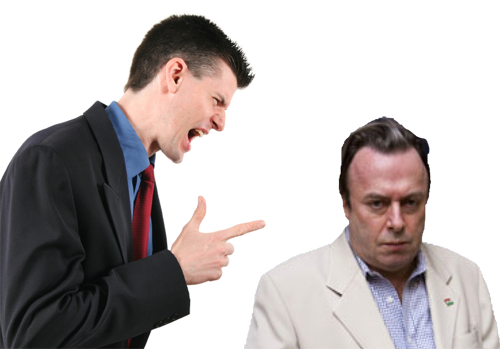 So, I recently wrote that it was okay to criticize Christians. Good for me. There may be some out there though that would ask the question if it’s onay to criticize Atheists? Of course it is okay. Remember, atheism is just a disbelief in god(s) and anything else anyone espouses is up for criticism in the exact same way a believer of any faith may be called out.

I know that some atheists think it’s bad for us to rumble. I do, in a way, but only when it comes to atheism itself. I honestly don’t care what other atheists hold as beliefs in any social or political arena. None of those have anything to do with being an atheist. You can be an atheist and a feminist. Great. Or a supporter of LGBTQ+ issues. Terrific. None of those has anything to do with atheism and you are open to being criticized by other atheists based on whatever else you may hold dear. I’m not saying that a person cannot hold opinions on anything else other than atheism just don’t attach your other beliefs to atheism.none, and I mean absolutely none of those so-called humanist beliefs have anything to do with being an atheist.

Those that believe you cannot be an atheist without being a  social reformer of some sort – and 99% of those are keyboard activists only – are quick to shout at the rest of us of what we need to be doing while doing nothing on their own.But even woth just discussing atheism, sure, criticize away. Please show me how I’m wrong. I’m open to evidence based arguments, and I’l;; even, to a small degree, put up with how awful I am for being an atheist. Free Speech. But, it only goes so far, doesn’t it? I don’;t threaten or harass anyone for their belief and I would expect others  to offer me the same in my non-belief. But legitimate criticism is welcome. All atheists should be welcoming to anything like that; it’s just that there are few that ask any questions that may be able to be responded to in a reasonable fashion.

But go ahead, criticize away. I am who I am and those that are unwilling to look at even the most modest critique of their non-beleif, need to be avoided at all costs.

One thought on “Yes, Go Ahead and Criticize Atheism”