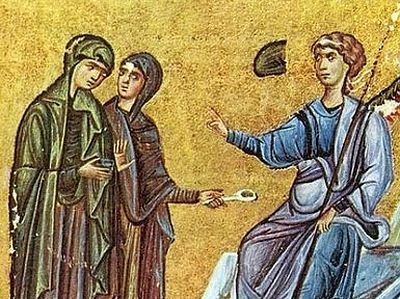 When I was a Christian, I was always taught that as a Christian, when I died, I’d go to be the Lord. Maybe others reading this were taught the same but where is that in the bible? I used to look for it, but never found anything I could actually point out that actually said specifically that we’d all be going to Heaven upon our death. Yet, it seems to be taught as an actual fact, even today.

The only text that I ever discovered that intimated anything like that is in Luke (23:43) where Jesus tells the thief:

Jesus said to him, ‘Assuredly, I say to you, today you will be with Me in Paradise.‘.

Of course, there are biblical scholars that dispute this, because Jesus in fact did not go to Heaven that day as we learn later about the open tomb. It seems to be a translation error, where a comma is inserted erroneously and is probably meant to read:

Jesus said to him, ‘Assuredly, I say to you today, you will be with Me in Paradise.’.

Just moving that comma, which of course does  not exist in any of the greek manuscripts  changes the meaning quite a bit.

So what does happen, according to the bible, when a believer dies? Well, we have to look to see what Paul says, the earliest known epigrapher. As I wrote in another post about the 2nd coming, Paul explicitly states that he believes that Jesus return was imminent (Surprise!). It is in I Thessalonians (4:13-18) that we get an insight as to what happens after death, Paul describes those who have fallen asleep and that when the Lord returns, will be first to rise to be with him.

In other words, it appears that none of these deceased believers are currently in Heaven,  They wait, asleep, for the return of Jesus.  I have never actually witnessed this taught that way, when I was a Christian.  How is it that Christians are unaware of this and if some have been aware, do not question when the opposite is taught to them?

Any of us that have lost a family member or a friend, especially as believers, want to have the comfort that that person has gone on to a better life. Not so. All any of us, as believers at the time would’ve had to do was actually read the text of the bible to discover that what we had been told for years is not true.