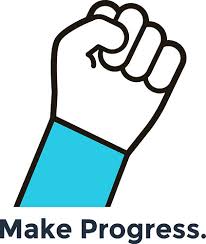 Should more atheists be involved in activism? Sometimes I think that we depend too much on organizations to take the lead for us when there’s a question concerning separation of church and state or any other that might be considered violations of our Constitution. Don’t we, the ones at ground zero in our various communities have an obligation to stand for ourselves, taking the lead on issues that affect us directly?

I see a lot on the Internet, people discussing all kids of issues that they think should be addressed, but I never notice anyone actually saying that they’ve pushed for the local, or state government to change laws that are on the books already or to pass protections against discrimination based on being a non-believer.  We sit and allow some issue or another to fester for years before anything is done. We think that FFRF, AA, AU, or another advocacy organization will take up the cause for us when we could easily have at least started the process for whatever the change needs be.

There are plenty of local atheist groups around the country, but what do they actually do? I know there’s a fairly large one not too far from where I live, but it seems to be more of a social club than an activist group. There’s nothing wrong with socializing with other atheists but when that’s all the group seems to exist for, and that there are actually local issues that need addressing, what good is having the group in the first place?

I’m not pointing fingers without first pointing to myself. Yes, I could be more active in my local community. I think we all find excuses not to do things but then I don’t think we can complain when they aren’t done and nothing is accomplished by just talking about among ourselves online.

I don’t really expect to see anything change in the near future. That’s unfortunate because there are a lot of people that I think would be interested if there was just a little impetus.