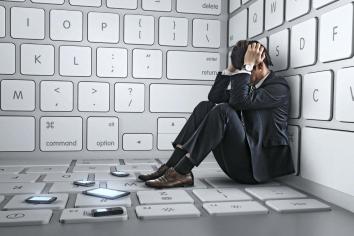 As a conservative, I follow and am followed by, other conservatives on social media, specifically Twitter. I do also follow some liberals and progressives, but the overwhelming majority I think (I’ve never actually counted) are conservative. I try not to follow those I consider the crazies from either side but sometimes until I see a few tweets from someone, I have no idea of their specific political opinions. It’s wide ranging, again on both sides of the spectrum from the reasonable (who I prefer) to the downright conspiracy theorists. there seem to be a lot more lately of the later than the former.

Sometimes I see tweets in my timeline, retweeted from someone I follow that has to be the most insane thing I’ve ever seen. I don’t know if it’s being retweeted as a joke, or if the person placing this in my timeline, really believes the content. When I look at the number of retweets though, it gives me all that I need to know when there are thousands upon thousands of retweets about something that if even one person stopped for a minute and thought about, would probably never receive the views it has.

I think it has to do with two things primarily: confirmation bias in that what is tweeted meets with someone’s preferred position on a topic  and the second would be a complete lack of critical thinking. I came across an example of this. Yes, it’s from the Babylon Bee ( a satire site) but in so many cases, it rings absolutely true. I know people exactly like this fictional person in the article. Yes, skeptics, or at least that’s how they identify themselves, that are determined to  believe what they want to believe if it’s convenient and fits neatly into their already well formed worldview.

Some of what I see in my timeline is retweeted from someone in the media. We should all be aware that just because it comes from some media outlet, even if it’s a trusted one for us, that they too may be wrong. In fact, it seems that lately they’ve been getting it wrong more often. It’s becoming more difficult to discern what’s real and what’s made up, like the linked article above. If I had just quoted it in line here, I wonder how many people would have thought that piece of satire was real?

It’s our responsibility  for the online content we consume and maybe it’s time to begin to ignore, unfollow, the crazies and start thinking about all of the junk we see online.