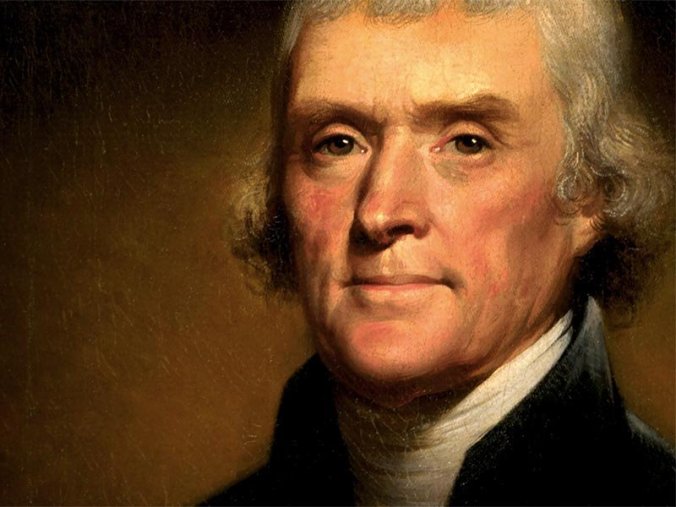 So I just heard -for the umpteenth time – that our rights, at least as Americans, come from God. I’ve always found anyone stating anything similar to that as being curious and have wondered – aloud in many cases – where that thought comes from. It certainly doesn’t come from our Constitution, which doesn’t mention God, or Creator, or Deity, or whatever other appellation anyone wants to use, ever. So how is it that some God gives us the rights that we so cherish? It comes from the same people that believe, and often say, that being a conservative means, by default, a belief in God.

I can understand why so many people, my fellow atheists as well, would believe that a conservative could never be an atheist: It’s all they hear on television, or read online. Conservatives are bible-hugging, socially regressive, Neanderthals. I would say that’s true for some, but then that’s like saying that all liberals are atheists and communist. Clearly untrue. Conservatives, like liberals are very diverse, in my experience, but you’ll never hear that on television or online. The reason is that even conservative outlets push that same narrative. You cannot be a conservative and an atheist. I can’t count the number of times I’ve heard or read that or even been told to my face.

What really bothers me is the idea though, spread effusively, that our rights come from God. so, not being an actual Constitutional Scholar, I went online to look at the very document that defines this country. As I just said, no where in that document is there any reference to any god at all. I looked at the Preamble, which I thought might have some reference I had never noticed before. Here’s what it says:

We the People of the United States, in Order to form a more perfect Union, establish Justice, insure domestic Tranquility, provide for the common defense, promote the general Welfare, and secure the Blessings of Liberty to ourselves and our Posterity, do ordain and establish this Constitution for the United States of America.

No god mentioned there. Of course some may say “Blessings of Liberty” is a reference to some supernatural being, but if it is, it’s never defined further in the document itself. So the document defines the structure and function of government – that’s all.  It really doesn’t  define anyone’s individual rights and therefore, we have the original ten amendments to that document, known as The Bill of Rights. So okay, maybe it’s there, where we discover that these rights, defined in that additional document, show that these rights are from God, not men. Here’s the Preamble of that same document:

THE Conventions of a number of the States having at the time of their adopting the Constitution, expressed a desire, in order to prevent misconstruction or abuse of its powers, that further declaratory and restrictive clauses should be added: And as extending the ground of public confidence in the Government, will best insure the beneficent ends of its institution

RESOLVED by the Senate and House of Representatives of the United States of America, in Congress assembled, two thirds of both Houses concurring, that the following Articles be proposed to the Legislatures of the several States, as Amendments to the Constitution of the United States, all or any of which Articles, when ratified by three fourths of the said Legislatures, to be valid to all intents and purposes, as part of the said Constitution; viz.:

ARTICLES in addition to, and Amendment of the Constitution of the United States of America, proposed by Congress, and ratified by the Legislatures of the several States, pursuant to the fifth Article of the original Constitution.

Yeah, that’s the Preamble for the Bill of Rights. Notice the wording of each paragraph.  See any mention of, “God told us to make sure that individuals have specific rights”? Nope. How about the idea that these rights come from God? Again, no. Why, then would these people want these specific amendments added? Well think about what they just fought against – what they considered a tyrannical government  and that they did not want this new country, under it’s founding document, to ever become what many of these people had sacrificed blood and treasure to secure.

Why then, would so many, conservatives – and many of these people being lawyers, schooled at least a little, in the Constitution – continue to say that are rights are secured from some god? I wonder, if we could somehow summon  these framers from the dead, or using a time machine, go back and ask them if these rights, which they wrote in a document, came from God, what they would say? there may be some that believed that human rights do come from God, but why then do they never, ever, give that credit to that god? Is it because they saw the document, in it’s entirety,  a secular declaration of government and the rights of the people? In England, at the time, there only one religion recognized. It was illegal to criticize the government, There were no rights to property, no search and seizure without a warrant with probable cause,  or to  not impeach oneself in a judicial proceeding, or even the right to a trial by your peers – a speedy trial.

These are the ideas that worked their way into the Bill of Rights. No longer would a government be able to become an enemy to it’s own citizens or declare their citizens enemies. these were rights considered by men, not gods, because no theocratic establishment would have ever recognized any of these. These rights, which all of us enjoy today, we’re basically written in stone. Not that they may not be overturned, or replaced, or that other amendments may not be added, but the framers made it difficult for that to be accomplished.

It takes a vote of two thirds of both houses of Congress to approve an amendment. Not seeing anything there about God directing anyone there, then it takes three fourths of the state legislatures approving, to add an amendment. There was some thought behind that. Our government cannot just decide, willy-nilly to make laws that would deprive its citizens of any right. God? Where is God in all of this? Nowhere.

So, I say to my fellow conservatives: Stop This Nonsense. Stop propagating the idea that our rights come from God when there is absolutely no evidence, anywhere, in any document that defines any of our rights, that this is true.

Finally, I ask this all the time: If our rights come from God, then why aren’t the rights that we have, in our country the same as every other country? Why would any loving, caring God, give rights to some people and not others – all of whom are supposedly his own creation? None of the “conservative” babble I hear ever makes any sense to me. Yes, i’m, saying that as a conservative. Conservatism has nothing to do with any religious belief. Of course you’ll never hear or read that in any media (conservative or liberal). A belief is personal and not ideological just as my non-belief. One doesn’t define the other.