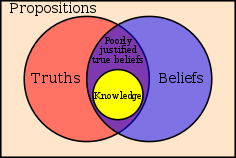 One thing I try to keep in mind when I’m on social media, are the numbers of people that will switch on their outrage engine at the slightest provocation. I usually try not to cause any controversy but sometimes, that is impossible to accomplish based on the content of my timeline on Twitter sometimes. I am often astonished at the numbers of people that are willing to believe absolutely anything, as long as it sits neatly within their political or social justice basket. Some will make the most outrageous statements, that appear to be fact based, but never offer anything that comes close to proving their statement. I see these tweets retweeted sometimes in the thousands.

There really isn’t much any one individual may do to counter these people that, for some reason, spread blatantly false information to thousands (or more) other than to call a lie a lie. That’s what I do and if I receive any backlash (which is rare for me) , I provide additional information that further clarifies, I hope. I’m not referring to notables making statements, but to those I consider average people, like me. It’s especially egregious though when someone that should be able to take a minute or two and perform a simple Internet search, to  determine if what they’re reading, about to tweet or retweet is accurate or not.

This problem persists all through the Internet and not just on social media. There are news sites that will publish stories that are composed of whole cloth, meaning, out of context quotes, using mind reading techniques to discern what someone was actually saying, and then construct, from there, an entire piece without a scintilla of factual information. The sad part is how many are willing to believe what they read. I see this happen all the time. If it’s too neat, to well wrapped in some agenda or narrative (left-wing or right-wing), I am immediately skeptical. What is it not being said?

The larger question is why so many people are not skeptical? What we want to be true, and what in fact is true, may be different and those unwilling to accept that belief doesn’t always equate t what is true is troubling. As an atheist, I often say this about religious believers but I’ve found over time, that the same applies to the secular world as well. There are tribes that have become de facto religions. And it’s not just a left/right tribalism but tribes within the greater that often war against not only the other side, but with one another. Too many are unwilling to listen to any other point of view other than theirs. This leads the the fake, often disingenuous, information that we see everyday.

We’ve devolved into letting others do our thinking for us, again, as long as what those others are saying fits neatly within our personal belief system. This should be troubling to everyone, but it seems that very few are indeed concerned. It’s easy to blame others for what we experience, but the fault remains with each of us alone.

One thought on “Belief Does Not Equate to Truth”