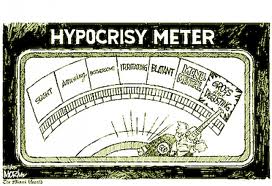 During the holiday season (and yes, it’s a season of several holidays) I sometimes come across friends, believers,  that do not understand why I, an atheist, actually celebrate Christmas.  It is after all a celebration of their saviors birth and since I don’t believe he even existed, why would I celebrate a day that is meaningless to me?

I read a post recently, basically tongue-in-cheek titled 10 Tips For Waging War On Christmas.  Before anyone gets too bent out of shape, go and read it. We’re always accused, as secularists of waging a war on a day that is sacred to Christians. But who is actually waging the war? If they mean that sometimes I say Happy Holidays instead of Merry Christmas to some, so what? To me, the season begins at Thanksgiving (in the U.S.) and ends New Years. That’s at least 3 holidays involved if I don’’t count any others by other religious beliefs and so is it so bad to use the former?

I actually sent the link to the above post to a friend, a Christian, and was a little surprised by the response. The gist was that by atheists celebrating Christmas, we are nothing more than hypocrites. Really? How so? so here’s how I celebrate Christmas and I just want to check with everyone here to make sure I’m not being hypocritical:

The day after Thanksgiving, I install twinkly, multicolored lights outdoors. I can see why that may be something a Christian should worry about an atheist doing because of course, it’s a Christian tradition that goes back to the birth of Jesus.

I also begin the indoor decoration with various items collected over the years, some passed down from my parents. We all know that the manger that Jesus was born in was elaborately decorated – the bible tells us that, doesn’t it?

I don’t immediately put up the tree, I usually wait until around the middle of December for that, but it’s another Christian tradition, right? Well, not so much as it’s a Scandinavian winter tradition , but I’m sure that Mary and Joseph somehow acquired a fir tree for the manger as well.

Of course there’s the gift giving which we know from the bible because of the 3 Wise Men that brought gifts of gold, frankincense and myrrh for the newborn King. I think he’d probably have preferred a Playstation and a flatscreen television, but hey, that’ just me.

Finally there’s the traditional Christmas dinner, which in my home is either Turkey or a nice glazed ham.  Of course, Jesus, Mary, and Joseph wouldn’t have had either since the Turkey is indigenous to North America, which no one in that time even knew about and having ham? Well,  not something practising Jews would ever place on a table.

I guess the only thing we don’t do in my home is go to Christmas services, because we don’t believe. Of course, having this holiday on December 25th is a little sketchy as well since no one actually knows when Jesus was born. The best we can determine actually does come from the bible (Luke 2:8) where it states that shepards were out watching their sheep.  In the winter? I don’t know how many have been to the Middle East, but it gets rather chilly there in the winter and it’s doubtful anyone would be out grazing sheep, especially after dark, as they may find they have less when the sun comes up (frozen to death).

Who’s the hypocrite here? What is the purpose of all of the decoration, the food, the gifts in celebrating the birth of Jesus? How can one person describe another that way when they do the exact same thing?

So, I’m wondering what this “War on Christmas” is all about? Is it just that some may hear “Seasons Greetings” or “Happy Holidays” on the street on in a retail establishment instead of “Merry Christmas”? This is the “war” we keep hearing about? Of course it’s all atheists  fault: all you have to do is watch Fox News to determine that.

It’s really too bad that every year we have to endure the same accusations from the usual suspects.

7 thoughts on “Are Atheists Hypocrites?”